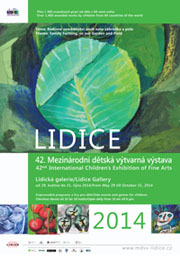 At suggestion of the Czech Commission for UNESCO, this edition was dedicated to the theme "Family Farming, or Our Garden and Field", which turned out to be so interesting for children and teachers from all over the world that there were a record number of participants this year - we received 27,868 entries from 77 countries. The entries dealt with the sub-themes in many interesting variations, the children drew inspiration from animal husbandry, growing of crops as well as decorative plants and medicinal herbs, their treatment and preservation; there were also pictures of various pests, and agricultural machines and implements were rendered in many varied ways. The most popular subjects included farmers and farmwives, husbandmen and husbandwomen, farms, homesteads, and also tractors, fields, meadows and orchards; the judges peeked in stables and cowsheds, got acquainted with the life in the yard and pastureland, saw innumerable herds and flocks of domestic animals from the biggest to the tiniest. All works clearly showed that children know and love nature and animals, consider nature important and are happy to return to it even in today's technological time. 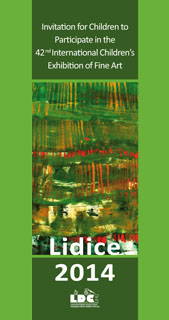 The panel of judges had an opportunity to select from collections sent in by many schools in different countries; the quality of such collections attested to the fact that there was a big potential in the theme, waiting only for a teacher to develop it when leading their pupils. The theme was developed in a variety of mediums and materials - among the assessed planar works were paintings and drawings, also unique prints were seen by the panel in various printmaking media (linocut, drypoint, etching, blind pressing), less numerous were entries in computer graphics. As apart from previous years, more interesting photographs were sent in, some of which had outstanding artistic and technical characteristics. The panel of judges appreciated great imagination in spatial entries, creators of which used various materials - paper, clay, wire, glass, and textile, often showing their creativity in combining these.

In spite of variedness in approach, the panel of judges had to state that many entries lacked the characteristics accenting cultural differences of individual countries, although, as has become a tradition, countries of all continents were represented in the competition. This must be a result of globalization that permeates all spheres of life, but to some extent, also of a bit superficial approach to the theme on the part of some art teachers. Existing differences between schools show how important the work of art teachers is. The teacher who is able to support the talented, and above all, interested child in the process of art work by helping them to find a suitable subject, by recommending them that they look beyond what is obvious, by offering them a wide variety of media, such teacher is an asset in developing the child's approach to artistic creation.

Also this year some indisputably fine works of art had to be excluded as they did not meet the conditions of the competition, nevertheless, there were less of such entries as against past years. The most common problems included incomplete information on the creator of the entry, a copy being sent in instead of the original, exceeding the maximum dimensions, unnecessary and unsuitable makings-up (works on canvases, framed works or mounted on colour papers), diversions from the theme.

Summary on the entries

Out of 20,136 foreign entries from 75 countries (except Czechia and Slovakia) from 1,441 organizations, 622 won prizes including 79 medals (51 medals to individuals and 26 medals to schools for their collections). The most of them received children from China and Hong Kong, Latvia, Lithuania, Malaysia, Russia and Ukraine.

t is gratifying that this year's edition saw more participating countries, some of them for the first time (e.g. Cambodia, East Timor, Kosovo, Laos, and Malta. Myanmar, Nigeria, Oman), and more schools and children from certain countries (e.g. Montenegro, Iran, Turkey), which attests to good co-operation with and support from Czech embassies, and not only in these countries.

Tempera and acrylic paintings and various types of pastel drawings prevailed in the foreign entries, supplemented by works in less common and more difficult media (aquatint, etching and precisely made drypoint) as well as aquarelle paintings and detailed pencil drawings, which were welcomed and warmly appreciated. On the other hand, as to the approach to the theme, those works should be praised that reflect the aspiration of children to depict in an interesting way some specifics of agricultural activities in their countries, as it was the case with works from Singapore, Srí Lanka and Armenia. As in previous years, outstanding results in the field of photography were achieved by Croatia, but a significant improvement in the depth of the message and the work with light and technique was seen in the collections of photographs from Russia and Ukraine and other countries, some of which had sent their entries to the exhibition for the first time. As has become a tradition, first-class spatial works were presented by Latvia.

Summary on Czech and Slovak entries

Czech children sent in 5,193 entries from 344 organizations this year and received 687 prizes including 88 medals (66 medals to individuals and 28 medals to schools for their collections).

Much to delight of the panel of judges, photographs from Czech schools returned to the competition; works from Primary School Řevnice surprised again by their professional look. As to spatial works, the panel of judges was pleased with the collection of 3D entries from PAS Prostějov, a set of domestic animals of ceramics from PS Červené Pečky, collections of ceramics from PAS Postoloprty and PAS Kolín, mixed media entries from PAS Strakonice, glass flowers from PAS Mšeno and glass relievos from PAS Litvínov.

From among the Czech schools, the Prize of the Panel of Judges, awarded to schools for their persistent, purposeful and excellent work, was given to Vladimír Ambros Primary Art School Prostějov, which presented itself with a rich and interesting collection of spatial and planar works. The Prize of the Panel of Judges for foreign schools was awarded to Photostudio MIG at Municipal Palace for Children and Youth Creativity in Doneck, Ukraine, for their unparalleled collection of photographs. It should be noted that both schools have been sending in their excellent works regularly for many years and have been receiving prizes for them.

The 42nd edition will culminate with the exhibition of all awarded entries, which will open in the presence of many ambassadors as well as political and cultural figures of the Czech Republic at the Lidice Gallery in Lidice on 28 May 2014. Invitation to the opening ceremony was extended to representatives of the schools awarded with the Prize of the Panel of Judges.

The exhibition will take place in Lidice from 29 May till 31 October 2014. After that, PAS Most will follow as a venue as well as other locations in the Czech Republic and abroad.
Finally, we would like to thank all children who created so many works, putting in them their imagination and skill. It was not possible to award all the works, nevertheless, we believe that pleasure of creation is more important than the prize itself. Our thanks go to all teachers who worked with children, developing their visual sensitivity, teaching them new artistic media, providing organizational assistance to them so that their works could arrive safe and in time in the Lidice Memorial to be assessed by the panel of judges in stiff competition of this year's edition.