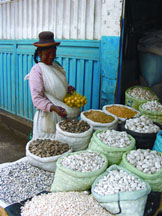 The world organisation UNESCO suggested to dedicate the 36th edition to topics related to: